Jose Rodriguez  holds a Bachelor's and Master's in Music from the San Francisco Conservatory of Music, where he studied with David Tanenbaum. He teaches privately in the San Diego area and he is a Faculty member of Villa Musica where he teaches and coaches for their enrichment and community outreach programs. Jose also collaborates with two Chula Vista recreational centers teaching Guitar to children and adults.

He began his musical studies at the EMNO in Casa de la Cultura de Tijuana, and in 1996 he continued at the Centro Hispanoamericano de Guitarra and at the Conservatorio de la Orquesta de Baja California, in Tijuana, Mexico, where his teachers included Carlos Patiño, Francisco Guerrero and Cuban guitarist Teresa Madiedo.

He has taken part in masterclasses with such world renowned guitarists as Costas Cotsiolis, Leo Brouwer, David Russell, Manuel Barrueco, and Zoran Dukic.

Jose collaborates with Tenor Gustavo Hernandez with a program from Operatic Arias to Mexican music. 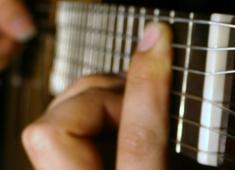 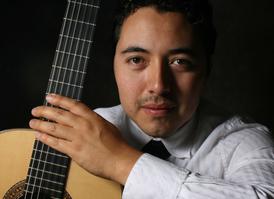 Along his solo recitals, Jose performs frequently with violinist Thomas Yee and together they released the CD recording “Historia” Tangos, Spanish dances, jazz and more.